At the beginning of the year (2017) I made something of a push with friends and family to get them on to a secure-by-default communication platform, Signal. Here we are at the end of April and I thought I’d share some notes. 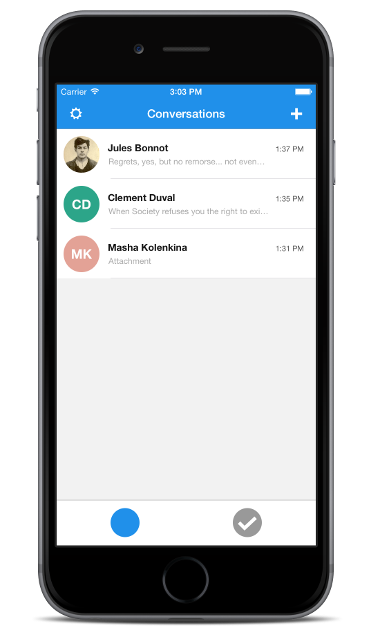 So far Signal has been quite functional. It is a success way for mobile devices to communicate securely. Friends and family members of all degrees of computer savvy are using it succesfully to communicate one-to-one and in groups. It has been a nice change from insecure options or platform specific options.

During the time we have been using Signal it has received a number of updates that fix problems and add features. Recently the encrypted calling support was greatly enhanced, increasing call quality. Signal has worked to enable people living under oppression to circumvent censorship while putting it’s users and privacy first.

Signal is not without some flaws, though they aren’t critical they have eroded some of the satisfaction I feel with the platform. One of my major uses for Signal is regular communication with groups of friends and, sadly, the reliability has been less then stellar. Several people have changed phones and that breaks group chat until you go in and refresh the member list. We had at least one situation where only some of the group members were getting messages from some of the other group members, and the only way we discovered this was when everyone was in the same room and we compared chats.

Signal has been a positive change all around as a daily driver, yet I suspect there are some who are less than totally satisfied with it. Signal development feels slow (it isn’t, but it feels that way). Their UI is slowly getting better, but pales in comparison to other communication tools, like Wire.

Wire looks like the sort of tool that more people would be excited about. I wish Signal could add just a couple of additional features to keep Wire from looking so darn attractive. Signal is VERY privacy focues and I trust it’s security model more than I trust Wire. I’m glad there is some competition and an alterative that I would be comfortable switching to if Signal suddenly went away. Hopefully these two apps are an indication that there is a real market for privacy focued communications tools.

←Ow, right in the internet

→Trying out Prezto for ZSH